The CM/GC, historic renovation and expansion of the Oregon City Public Library was split into two phases. Phase one was the construction of a 14,500 SF two-level addition consisting of large concrete retaining walls, structural masonry block walls, structural steel columns and beams, a beautiful brick veneer and large aluminum storefront windows. It included a new entryway and atrium, a community space, a children’s library and media center, as well as a reading room and administrative space. Phase two would concentrate on renovating the adjacent 5,000 SF historic Carnegie library. This phase consisted of new mechanical, electrical and plumbing systems, restoration of the original historic windows, refinishing of the original wood floors and all new staff work areas in the lower level.

A large focus of the restoration effort was the original historic windows, exterior brick work, original wood floors, and the main entry to match the original entrance. Throughout the entire construction process, P&C and our specified subcontractors worked closely with the SHPO and NPS organizations to ensure the correct guidelines were followed down to the smallest detail. For example, it was discovered that several trees with Dutch Elm disease would have to be removed from the site to make room for the building addition. Rather than destroy them, P&C worked closely with the design team to integrate the trees into the new and existing building; a process that would normally take years would have to be done in under 9 months. These 100-year-old trees were salvaged and milled into over 10,000 BF and were eventually incorporated into the library’s bar tops and bookends. The effort put forth by P&C construction and our understanding of the SHPO and NPS historic renovation requirements led to the project being awarded The Demuro Award, the State of Oregon’s highest award for building preservation. 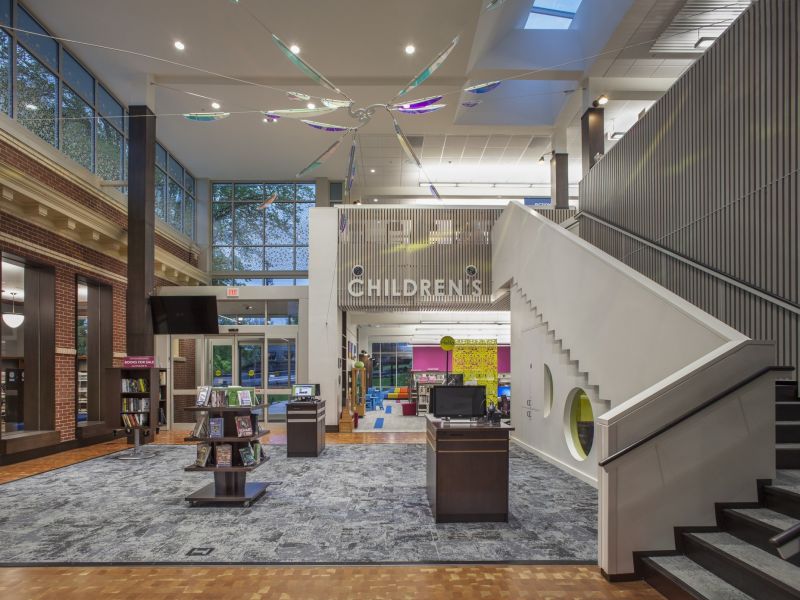 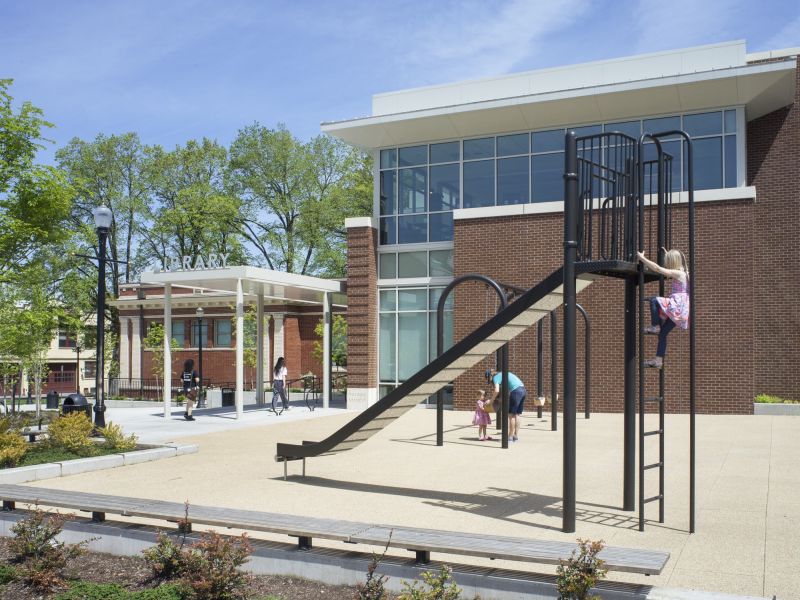 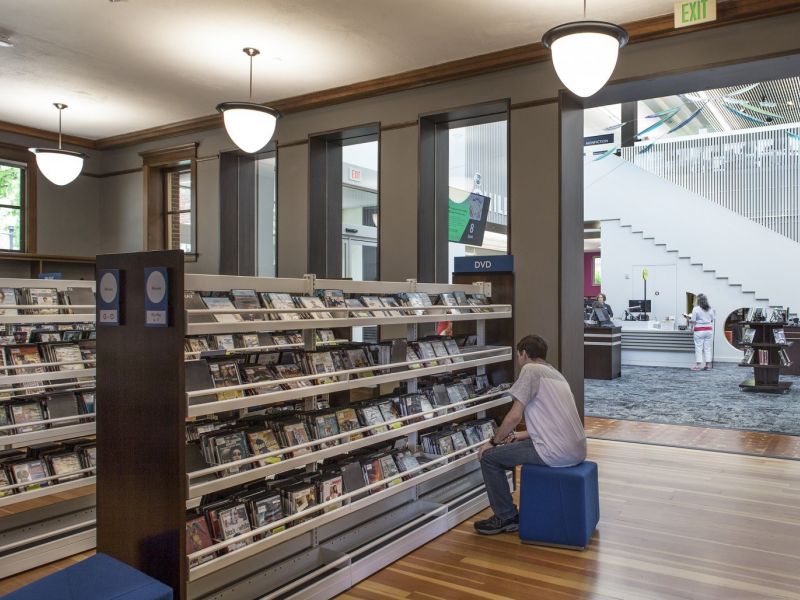 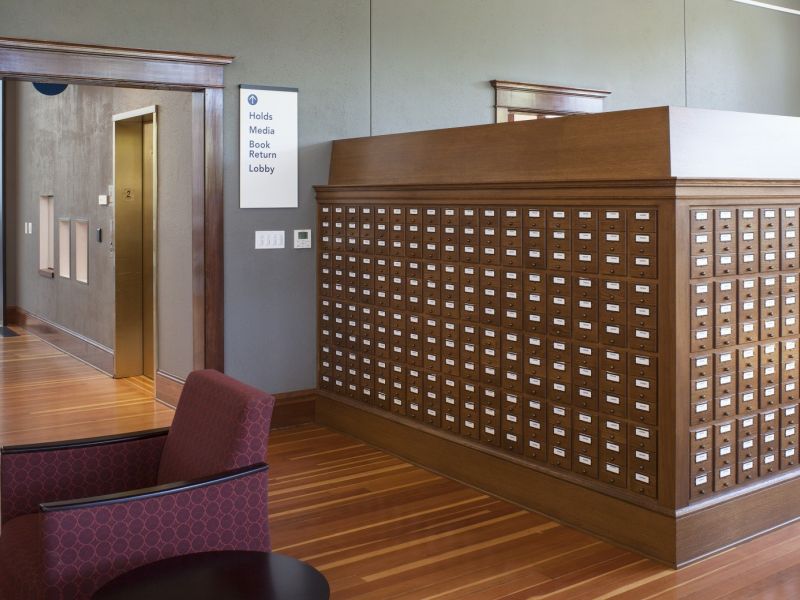 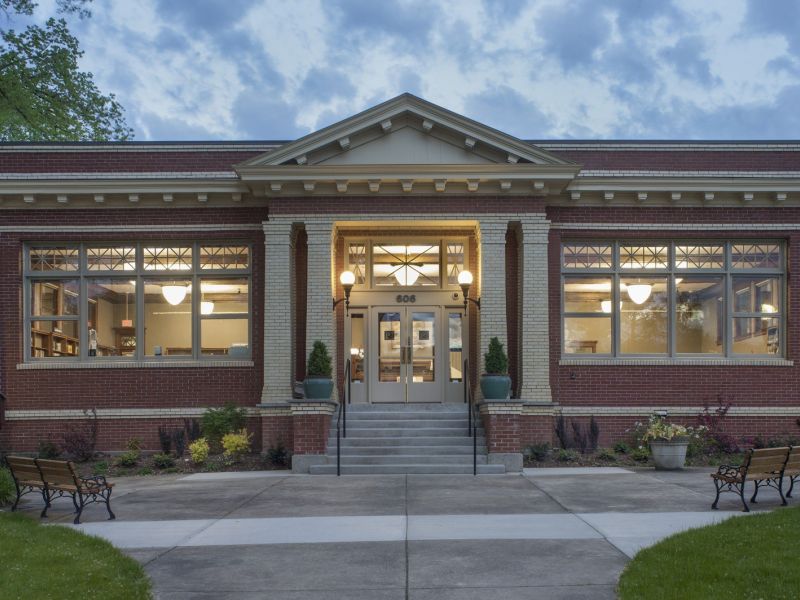 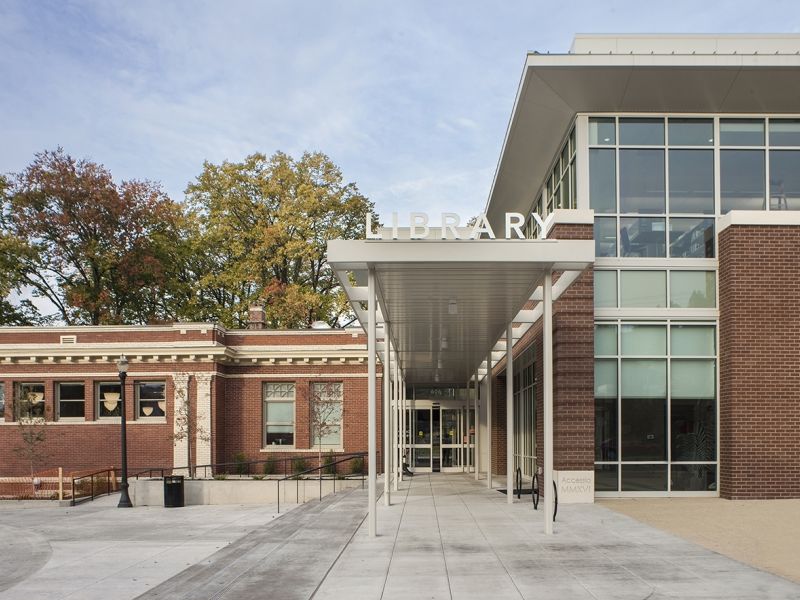 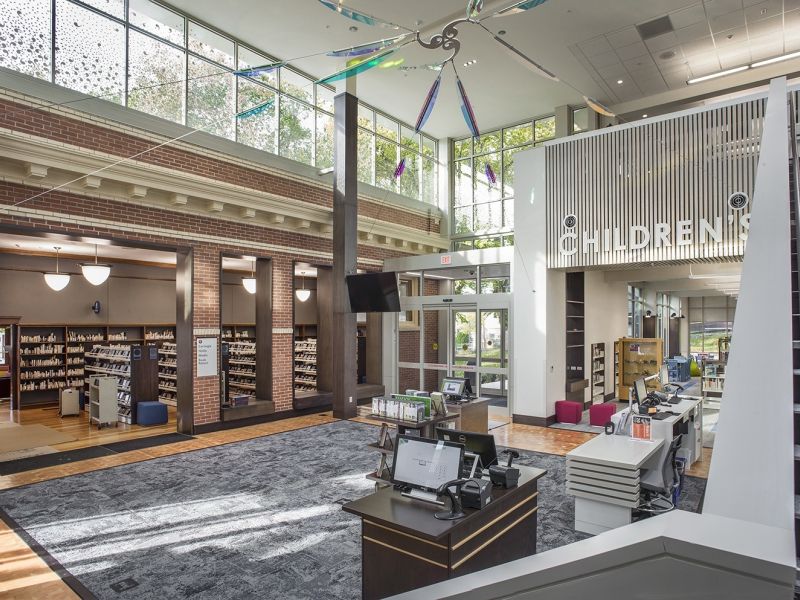 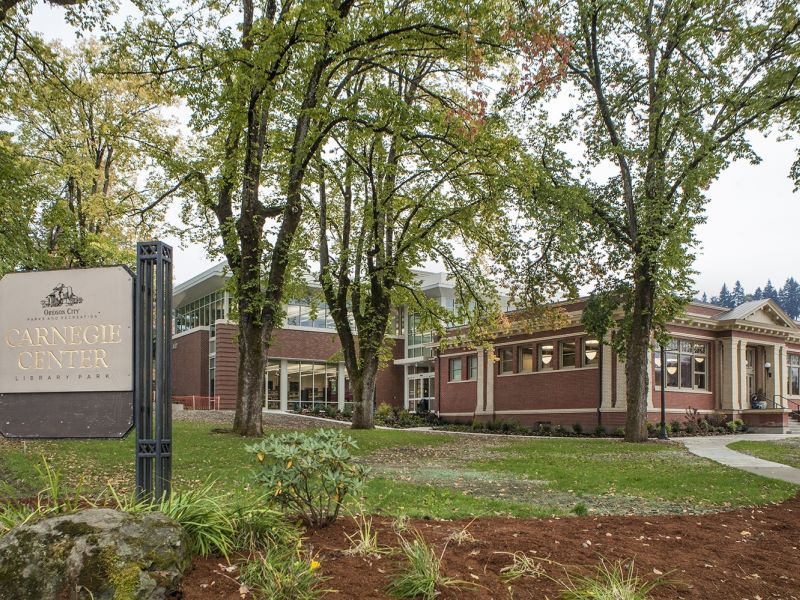 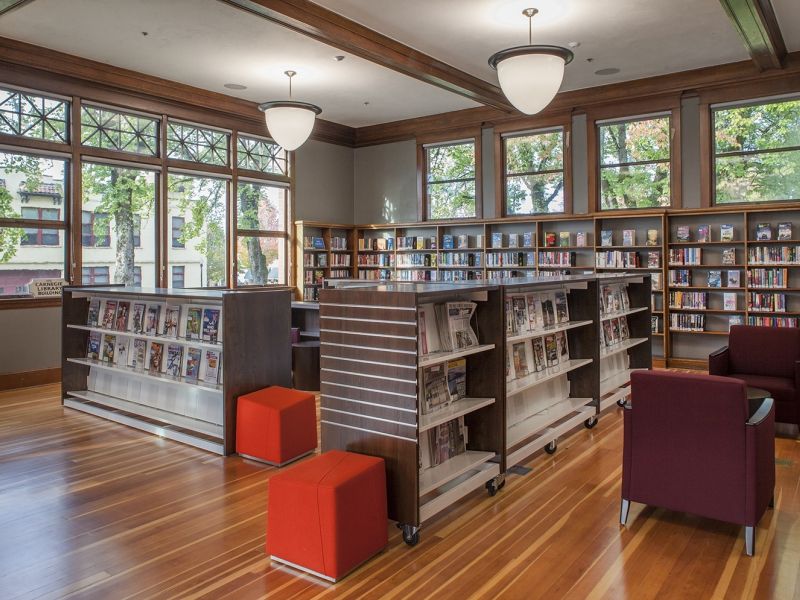 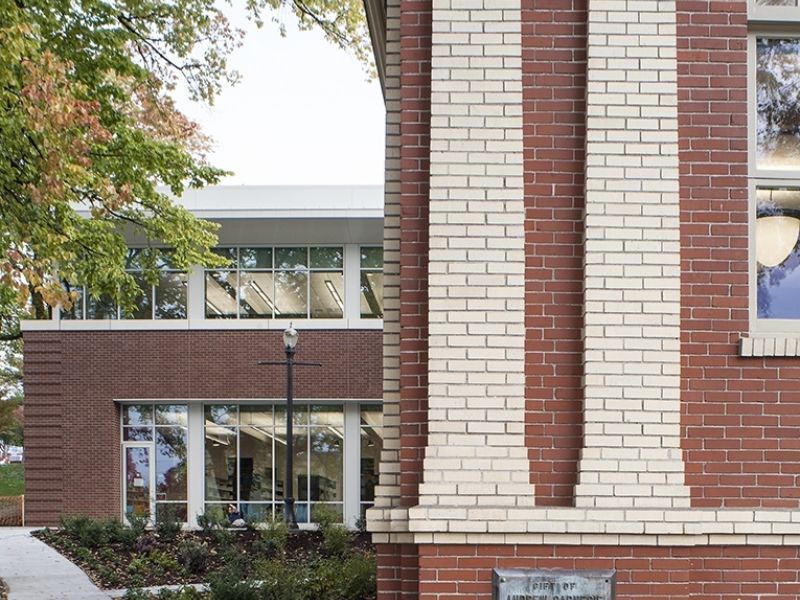